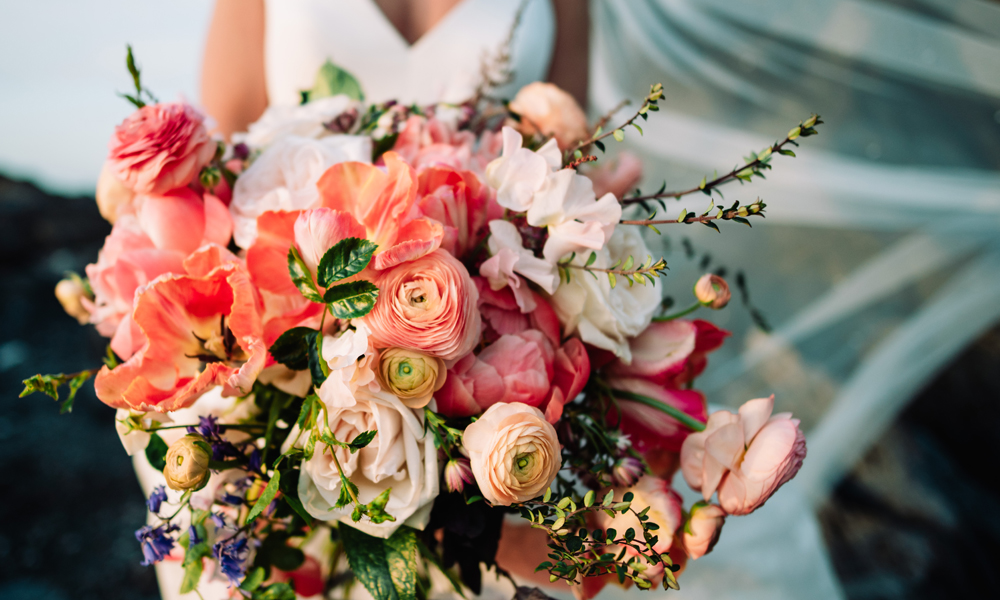 Ever wondered why you wear a sixpence in your shoe? Now’s the time to find out, as we reveal the reasons behind 13 wedding traditions

Announcing your intention to marry is a legal requirement, for both church and registry weddings. Not only the most important of wedding traditions today, posting the banns, as it’s referred to for a religious ceremony, was a tradition that began as a means of making sure that the bride and groom were not in fact already related!

Superstition suggests that it’s bad luck for the bride and groom to see one another on the morning of the wedding. However, not seeing one another actually originates from the custom associated with arranged marriages. In fact, the father of the bride wouldn’t want the groom to see his daughter until the last possible moment. To a degree, this is a tradition that most couples still follow. For example, they may choose to stay in separate rooms on the eve of the big day. Although, to calm their nerves and to make the most of the fresh faces and outfits, there is a new trend for first look photographs. During the first look photos, the couple have a few moments together before the ceremony – but sometimes the groom is blindfolded or the couple stands on either side of a door so as not to see one another.

Similarly to the couple not seeing one another on the morning of the wedding, the bride traditionally wore a veil to cover her face. These days, many brides embrace their chance to wear a veil. However, they tend to wear it pinned to the back of their hair, rather than covering their face.

When it comes to wedding traditions, the bride stands on the groom’s left side during the ceremony. This is because the groom traditionally stood on the right to ensure he had his right arm free to fight off anyone that tried to object to the marriage. Today, this arrangement is still used, with the bride’s family standing behind her and the groom’s family behind him. However, many weddings now display a sign to let guests know they can sit on either side.

Wearing your wedding band on the ring finger of your left-hand is one of the wedding traditions that stems from ancient times. In years gone by, it was believed the veins in this finger lead straight to the heart – how romantic.

Something borrowed, something blue…

Following this traditional rhyme is said to bring the bride good fortune in her marriage. Notably, the rhyme finishes with ‘…and a silver sixpence in her shoe.’ Some brides have a sixpence popped into their shoe, traditionally by their father, for luck to this day.

Saving the top tier of your wedding cake for either the christening of your first child or your first wedding anniversary is said to bring good luck and prosperity. However, with many couples choosing more adventurous flavours and an array of sponge tiers, and some waiting longer before starting a family, this tradition isn’t one that many couples follow these days.

Bridesmaids wearing matching dresses – originally white to match the bride too – is a tradition rooted in protection. In fact, having the bridesmaids and bride match was thought to ward off evil spirits. By confusing the spirits, matching dresses made sure they didn’t know who the bride actually was.

Originally rice or grain would have been thrown over the happy couple, which was said to ensure fertility and luck. Of course, we now favour paper or flower petal confetti ­– much less painful and far prettier too!

Bouquets were originally carried by the bride to make her smell pleasant, masking any odours. While the buttonhole, worn by the groom, traditionally matched the bouquet of the bride. This was to display his love for her. When the bouquet is tossed by the bride to a group of women, the one who catches it is said to be the next in line to tie the knot.

Another tradition for the single ladies at your wedding. Superstition has it that if a single woman sleeps with a piece of the wedding cake under her pillow, she will dream of her future husband that night.

Take to the dancefloor

There’s an old wives’ tale that if the younger of two sisters is the first to marry, the older sister must dance barefoot at the wedding or risk never marrying herself.

This good luck token is said to bring fertility. But if it is turned upside down, the luck is said to spill right out. The horseshoe is usually laced with ribbon on either side. Meaning that it could traditionally be hung above the door of the newlywed’s home. A silver horseshoe from a grey horse is said to be luckiest of all.

Get all our latest news and updates delivered to your email.

A little peak at a bespoke design we have been wor

Love is everything ❤️ #weddings #wedding #we

The Amelia Collection with a colour change to matc

After yesterday’s announcement, we are guessing